If you’ve started 2021 with “Meatless Mondays”, chances are by Tuesday night you’re craving something a little more proteinaceous (is that a word? seems like it’s a word).

Korean bulgogi is typically thinly sliced meat – usually beef – cooked on a grill, but this recipe opts for pork shoulder instead. Why? Inexpensive, full of flavor, won’t dry out on the BBQ and takes on marinade extremely well.

The key to this recipe is pounding the pork shoulder pieces until they’re quite thin, allowing the marinade to hit more surface area. It’s also a great stress reliever in the kitchen! You’ll need a meat tenderizer, hammer or rolling pin to do this.

Serve this pork sliced thinly with steamed rice, kimchi and lettuce to wrap it in.

Get a large ziploc bag and cut down the sides with scissors, leaving one edge in tact, so it can be opened like a clam. Put a piece of pork inside the bag and slowly start pounding with your choice of instrument. The goal is to get the pork much quite a bit thinner than it was, so you’ll need to go back and forth several times. Don’t worry, you can’t really screw it up. 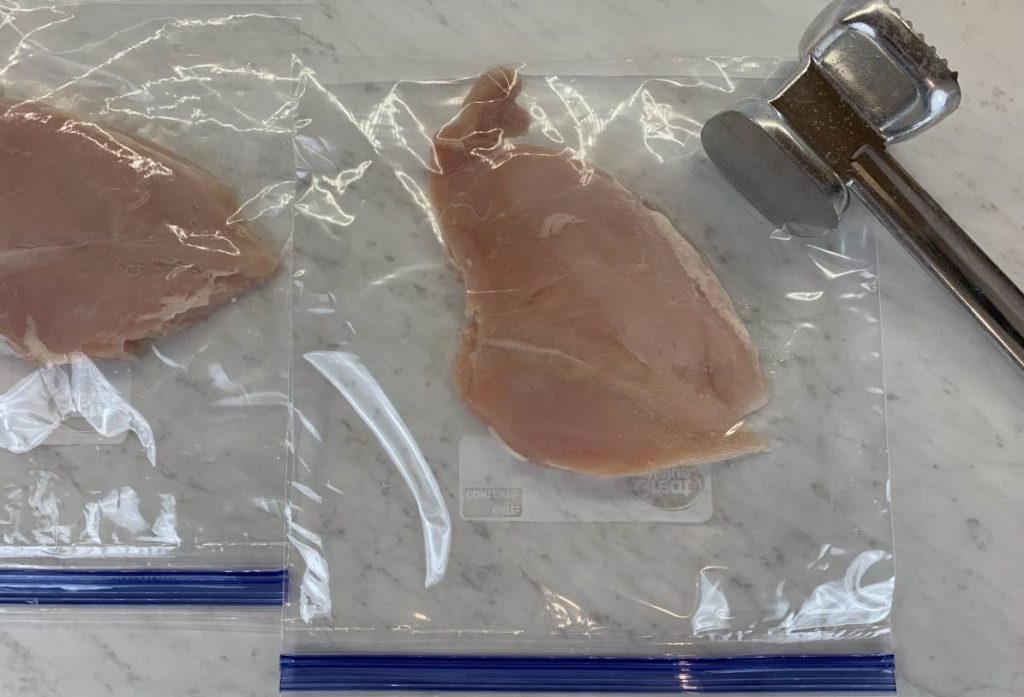 Once all the pieces of pounded out, set aside. In a large bowl, add the soy sauce, black pepper, garlic, ginger and sesame oil. The sugar is really up to taste, but it needs a lot more than you think. Start with the 1/2 cup, then taste and adjust to your palate.

Add the pork to the marinade and massage around to coat. Stick in the fridge anywhere from an hour to overnight.

Light your BBQ and allow to heat on high for 5 minutes. Add the pork pieces and allow to cook on high for at least a few minutes. Resist the urge to try and flip them too early… you want a dark caramelized crust just like the picture.

Once nice and brown on the first side, flip and continue cooking for a few more minutes. You want them cooked all the way through, not medium rare, so don’t be afraid of overcooking them.

Take off the grill and sprinkle with sesame seeds, squeeze over some lime, and slice thinly.

Get New Posts by Email

What we’re listening to

Go to your profile
Logout